MSg. Paulo Flores PA (left) of the Armed Forces of the Philippines Reserve Command receives BCDA health kits as turned over by Maj. Celeste Frank Sayson PA, group commander of the 7th Civil Relations Group of the AFP Civil Relations Services (AFP-CRS).  This donation to our troops is pursued in coordination with the AFP-CRS and is part of “Saludo sa Sundalo,” a CSR Program of the BCDA for its major stakeholder, the AFP.

The Armed Forces of the Philippines (AFP) received health kits from the Bases Conversion and Development Authority (BCDA) to augment protection of the military troops who are at the frontlines in the government’s fight against COVID-19.

The AFP has played a critical role in the national government’s response in protecting the nation against COVID-19.  Troops are deployed at quarantine centers, swabbing facilities, various checkpoints nationwide, and in areas on lockdown to help implement quarantine guidelines and prevent the community spread of the said disease.  This makes our soldiers more vulnerable because of their exposure to the virus.

These health kits will be distributed to members of the Joint Task Force-NCR (JTC-NCR), CRS operating units, and AFP reservists who are helping in the humanitarian efforts.

Even in the face of a threat, Maj. Sayson assured that “we will be working hard for the Filipino people, and we are grateful that we have benefactors like BCDA which supports us in fulfilling our mandates.”

Aside from the COVID-19 response, the AFP has also mobilized its soldiers to help the victims of recent destructive typhoons Rolly & Ulysses. 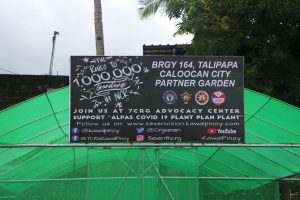